The second round of the presidential elections accomplishes the aspiration of the majority of Brazilians to have more time to make the definitive choice of their presidential candidacy and is the result of a great achievement of the democratic, popular and progressive forces of their candidacies for the presidency, notably Fernando Haddad, Ciro Gomes, Guilherme Boulos, and also Marina Silva. It is a setback to Jair Bolsonaro’s fascist candidacy that catapulted by the mainstream media, large economic and financial groups, by sectors of state corporations, unleashed a major operation, including illegal actions, such as a lot of fake news to win in the first round. They could not!

Fernando Haddad, president, Manuela D’Ávila, deputy, with the support of the people, of democratic personalities, spokesman for a program of development of clear defense of the national, democratic and rights of the people, supported by the great leader Luiz Inácio Lula da Silva, faced a heavy attack but, showing resilience and leadership, won the trust of a large portion of the electorate, aroused the hope of the people and reached the expressive mark of almost 30% of votes and is in the second round.

A new election is now starting

According to PCdoB, the candidacy of Fernando Haddad is immediately called to form a democratic front, as broad as possible, based on the unity of the left.

The basis for building the democratic front must be a platform that engages propositions of the new allies and builds on the Coalition’s “People Happy Again” program. This platform should contain great banners such as restoring democracy and the Democratic State of Law; pacify and unite the country, freeing it from the dictatorial threat of Bolsonaro’s fascist candidacy; resume sovereign development; encourage production and job creation; ensure the rights and conditions of the people and the working class to a dignified life; fight against corruption; and ensure that the national patrimony, like the wealth of the pre-salt, will not be turned over to foreign capital, as the false patriot Bolsonaro will surely do.

The left united with PT, PCdoB, PDT, PSB, PSOL[1], with the great leadership engagement that is Ciro Gomes, as well as Guilherme Boulos, among others, elected governors and parliamentarians, candidates for the second round to the governments of the States, will be the foundation of the democratic front. This front, in the opinion of the PCdoB, must include, besides the left, a cast of leaders of several legends and personalities of the Brazilian society of the democratic field, with diverse political and ideological profiles, who show support for the candidacy of Fernando Haddad with the platform of the second round as a reference.

Campaign: amplitude, mobilization of the people, clarity of each candidacy

The communists express the conviction that Haddad’s victory is fully possible. The front of votes obtained by the far-right wing candidate can be reversed. The sum of the votes of the three candidacies of the left reached more than 41% of the votes.

The Haddad-Manuela campaign – while sending a vigorous message that welcomes the wishes of the other candidates who did not go to the second round, and also those who voted null or white or did not attend to vote, from segments that by equivocation they voted on the opposing plate – has the potential to achieve, in the sum with the votes of his field, the majority of the electorate. Surveys, for example, point out that most voters in Alckmin and Marina tend to vote in Haddad.

The victory of the Haddad candidacy lies in the direct reason for the social and political breadth of support it can engage, the degree of mobilization of the working people and other layers of society, and the clarity that it can convey to the electorate of what each candidature represents, of what is being disputed.

Haddad presidential campaign has the challenge of making clear to the electorate that the second round is not polarized between “two extremist candidates”.

The only “extremism” is Bolsonaro’s fascism which, if elected, will be a feared one. The country would have a “strong” government, in the dictatorial sense, but not with the aim of providing security to the people as they advertise. It would be just the opposite. A “strong” government, avowedly willing to use violence and agency to wrest from the people what little rights it has left.

To finish with 13th salary, during vacation, and with what is left of the rights guaranteed by the Consolidation of Labour Laws (CLT); in practice, settle with retirement; collect tuition at the public university; withdraw money from the Unified Health System (SUS), further worsening care. This is the threat that hangs over the country.

The campaign of progressive forces must have the ability to persuade, sensitize, and lead to a position of every person who has democracy as one of the main assets of the Brazilian nation. Objectively, due to the polarization introduced, Bolsonaro is the real risk of dictatorship and Haddad is the restoration of democracy and the Democratic State of Law. And as Fernando Haddad pointed out, “there are no rights without democracy”. In history, every time the nation suffered under dictatorships or authoritarian regimes, the people who paid the highest price were the people with wage and restriction of rights. Those who hesitate today need to reflect: an authoritarian, fascist-style government, the left and the working class are hit, but soon afterwards it pursues all those who are not subservient to it.

Fernando Haddad: leader who can unite, pacify and remove the country from the crisis

Fernando Haddad emerges from the first round as a firm and vigorous, balanced leader, able, as President of the Republic, to pacify, unite, withdraw the country from the crisis, send it to a new cycle of sovereign development, with jobs and rights, and save it from the threat of a dictatorial regime. Manuela D’Ávila, candidate as vice president, has strong ties to women and youth. She stands out with eloquent apology of a renewed Nation project.

At the other pole, the Bolsonaro-Mourão electoral plate – for disseminating hatred, violence, intolerance, racism, for being committed to rentiers and large economic groups with whom it made a blood pact to increase exploitation on workers and cut off the rights of people – will further divide the Brazilians, provoke more instability, social convulsions, which will maintain and deepen the crisis that paralyzes the country today.

The Haddad presidential campaign must be driven by the mobilization of the people from the subheadings, movements, entities and centres of the workers, in the streets and in the networks; at the same time, to actively meet progressive, democratic and patriotic personalities with acts and plenaries, manifestos, including intellectuals, artists, religious, athletes, businessmen. Everything with agility, creativity and intensity, in each State, in each municipality of our country.

PCdoB will going on the front line of the campaign

The PCdoB will continue in the front line of this journey, convinced that we will be able to elect Fernando Haddad as president and Manuela D’ Ávila, as his vice.

Our Party achieved a great success with the consecrating re-election of Governor Flavio Dino, from Maranhão State, in the first round.  We also highlight the election of Luciana Santos, the national president of PCdoB, as the vice governor of Pernambuco State, with Paulo Câmara, as governor.

Our legend has elected nine Members of Parliaments, and may still reach ten. As for the performance clause, we also await the proclamations of the results of electoral justice in the states and the Superior Electoral Court (TSE). We could not re-elect Senator Vanessa Grazziotin. For the Legislative Assemblies, the PCdoB has elected 21 representatives.

The dispute for the state governments will have the second round in 13 states and the Federal District. In addition to reinforcing the commitment for the victory of the allies that we are already supporting, PCdoB will take a position of support having as criterion candidacies that do not support Jair Bolsonaro.

We warmly greet our strong militancy, our supporters, we thank the votes of our voters, and we call on all of us to redouble our efforts so that we can make an even more significant contribution to democracy and the people by winning elections, electing Fernando Haddad president and Manuela D’Ávila as his vice.

The National Political Commission of the Communist Party of Brazil-PCdoB

Translation by Maria Helena De Eugenio, from the Commission on International Relations of PCdoB. 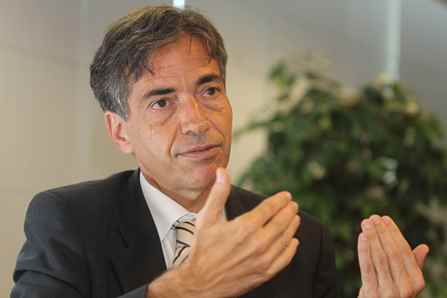 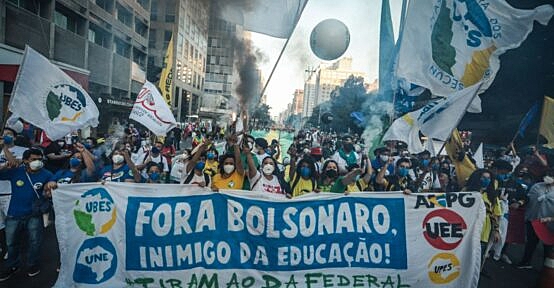 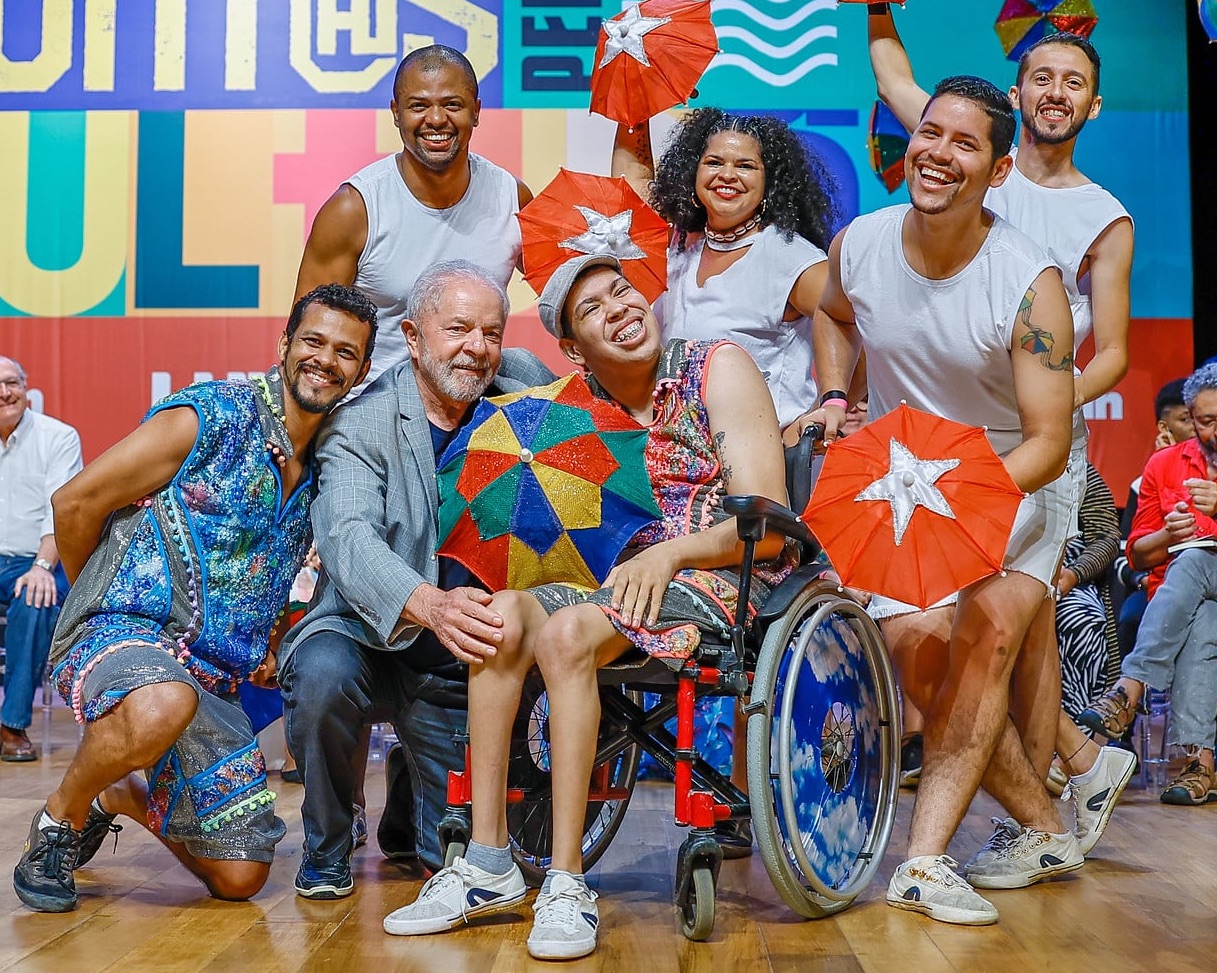